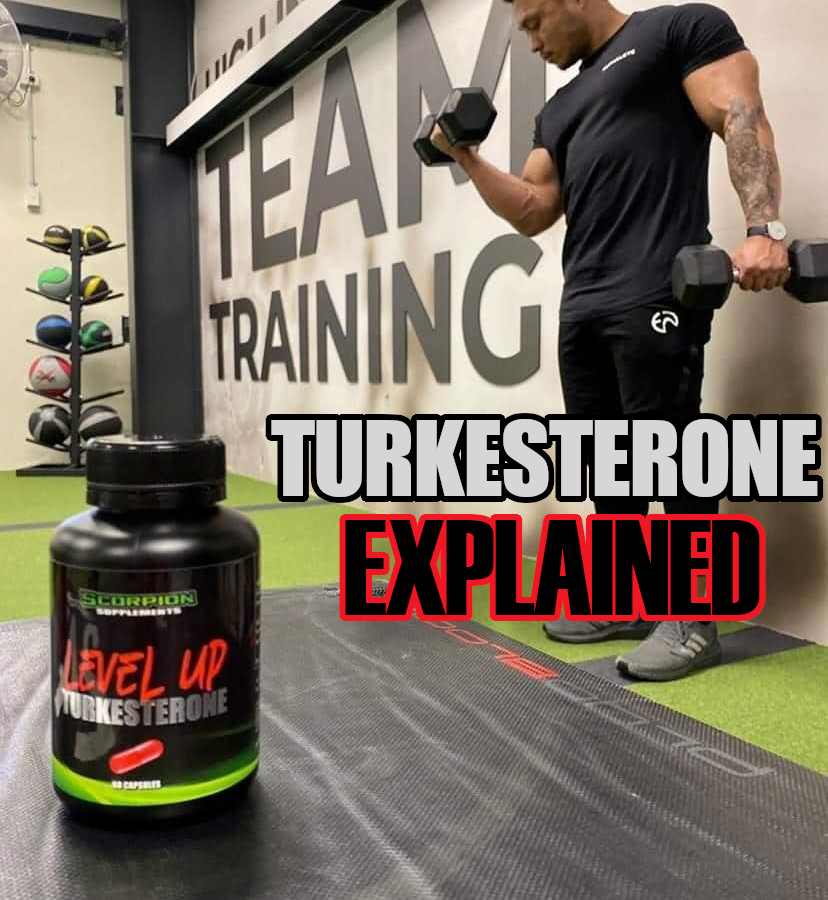 Turkesterone has been gaining popularity over the past few years since appearing on the Joe Rogan podcast, with some people claiming it helps to improve recovery, increase muscle mass and training endurance, similar to the effects found in steroids. With so much hype but little supporting evidence it is hard to know where the truth lies? Today we take a look into Turkesterone, it’s possible benefits and whether or not you should spend your hard earned dollars on it.

With regards to molecular structure, turkesterone and testosterone are quite similar. However, small difference in molecules can make a very big difference in their effects from one organism to another.

Scientists have discovered that turkesterone does not bind onto androgen receptors like testosterone, therefore a mechanism for anabolism hasn’t been scientifically confirmed, however, some people believe it is turkesterone’s ability to elevate muscle protein synthesis (MPS) by reducing cortisol, a stress hormone, which allows for a more anabolic environment in humans.

What are some of the proposed benefits?
There is still much unknown about ecdysteroids, however based on the little research that has been conducted and anecdotal evidence there may be some positive benefits to increasing muscle mass, accelerated recovery, and increased strength.

Accelerated recovery
If MPS increases, then increased rates of muscle recovery should increase too. This means that from workout to workout, you should have less fatigue and be in a more optimal state for a higher level of performance. This could result in more reps, sets and training intensity, which is critical for progress and increased muscle mass.

Increased strength
Some evidence shows that turkesterone may help to increase ATP, which can result in increased strength, power and strength endurance. Overall the result of this is more performance and more gains.

What are the side effects?
At this stage, there is no evidence of any negative side effects. Unlike testosterone, which has a number of serious health consequences including reduction in natural testosterone production, increased risk of cardiovascular disease, increased emotional disturbances and increased blood pressure just to name a few, turkesterone has none thus far.

How much do you need?
Due to the lack of clear evidence, it is difficult to know what an optimal dose is. For one person it might be 500mg per day, for another person it might be 2000mg. We just don’t know yet. What we do know is that 500per per day seems to be a great starting dose.

There is no doubt that turkesterone could be the next best supplement on the market, and hopefully in time we will see some more clear evidence to support some of the hypothesised benefits, only time will tell.

If you are struggling with recovery, or feel fatigued and tired too often, then turkesterone could be a worth a try for you. Try Scorpion’s new LEVEL UP today by clicking the attached link: https://scorpionsupplements.co.nz/supplements/scorpion-level-up-turkesterone/

SCORPION’S TOP 10 WAYS TO USE PROTEIN POWDER IN FOOD

WHAT IS BETA ALANINE? AND HOW CAN IT SUPPORT YOUR PERFORMANCE?