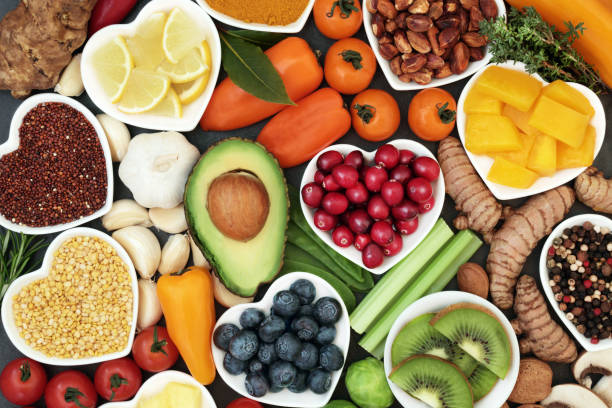 Before you take a dive into the next fad diet to start 2020, it is important to know what is actually good advice versus what is crazy talk. Having some in-site into what is fact versus fiction will save you time, money and prevent you from destroying your body and bank account! Ultimately the goal for most people is to keep building muscle or burning fat. So today, Team Scorpion are here to bust the myths on the biggest nutritional porky pies you will commonly hear from friends, family and on-line experts! Here we go!

Myth: Everyone needs a gram of protein per pound of body weight
Team Scorpion’s general recommendation is generally just over 2g of protein per 1kg of bodyweight (per day) is as close to a rule of thumb as there is but it is not etched in stone. For example, hard gainers, ultra endurance athletes and individuals trying to loss fat (such as body builders), should increase that number significantly. What is most important is to match your daily requirements for protein with your own specific lifestyle and goals. If you are sedentary, your protein requirements are less compared to an individual who trains hard and often. If you are an endurance athlete your protein requirements are different compared to body builder or powerlifter. Match your daily protein intake with your lifestyle and goals to optimise your recovery and lean body mass. To work out how much protein you require, click on this link: https://scorpionsupplements.co.nz/how-much-protein-do-i-need-per-day/

Myth: Carbs are bad for you
For decades, fat was the enemy in the media; today, there’s a new villain… carbs. Vilifying carbs and insulin seems to get more popular by the year. Many people believe that the once popular glycemic index and the lesser-known insulin index, rank foods by their unhealthiness. Yet the available research shows that low-glycemic diets, when compared to higher-glycemic diets, have either no effect or only modest beneficial effects on metabolic syndrome factors and even in diabetics.

Similarly, the carbohydrate-insulin model of obesity, which theorizes that obesity is caused by carbs and the insulin response they evoke, is not well-supported by the evidence.

In 2017, a meta-analysis of 32 controlled feeding studies was published. Some of those studies were metabolic ward studies and some were free-living studies, but in each case, meals were provided by the researchers, who wished to ensure that each diet would provide specific amounts of calories and nutrients (within each study, the diets were equal in calories and protein but not in fat and carbs).

These results are consistent with those of long-term, free-living, randomized controlled trials designed to test a diet’s real-world effectiveness (meaning that the participants were given instructions but left to prepare their own meals). Meta-analyses show that keto, low-carb, and higher-carb diets lead to similar weight loss. Period!

Eating carbohydrates that are rich in fibre can be more healthy for you, but if cutting carbs makes you eat worse or feel worse, or if you can’t adhere with the diet, you should consider other options. If you wish to lose weight, what matters is that you eat in a calorie deficit.

Myth: You can only digest a certain amount of protein per meal
Somewhere, the concept that there is a cap on how much protein you absorb, metabolise and digest per meal, has wedged it’s way into into nutrition circles. The fact is… your body can absorb, metabolise and digest 100% of the protein you ingest. Period! Understand this though, generally speaking only 40% of the protein you ingest is used for muscle protein synthesis. The other 60% of protein is used for manufacturing enzymes, bio-chemical reactions, creating hormones, helps to regulate pH, immune function, plasma and energy! To help you achieve your protein related goals, your focus primarily should be on daily protein intake. After you have calculated how protein you need per day, then you can divide this amount between the amount of meals you choose to eat, per day. For example a 90kg  male athlete requires 200g of protein per day. Based on his lifestyle, he only has time for five meals per day. Therefore, he allocates 40g of protein per meal.

Myth: Low-carb diets are dangerous
There is a misconception that following a low carbohydrate diet is dangerous and can lead to nutrient deficiencies and heart related issues. The truth is… carbohydrates are not an essential nutrient and therefore the body can manufacture glucose from fat and amino acids which means you do not need carbohydrates to survive. If you choose to adhere to a nutrition plan that is low in carbohydrates, make sure you eat plenty of fibrous vegetables and also focus on foods that are still nutrient dense to avoid vitamin and mineral deficiencies.

Myth: Fats are bad for you
Eat fat, gain fat, right? For many decades, the traditional way to lose weight has been to subject oneself to a low-fat diet, yet modern evidence suggests that, given the same caloric deficit and protein intake, low-fat and low-carbohydrate diets produce similar weight losses.

Moreover, while low-fat diets are not inherently unhealthy, shunning all fat from your diet can be dangerous, since your body needs to consume at least some omega-3 and omega-6 fatty acids. As for saturated fat being the main driver of cardiovascular disease: yes, just another myth.

At the end of the day, trans fat is the only kind of fat that has been shown to be categorically detrimental to health. Naturally occurring trans fat and industrially produced trans fat seem to have a similar effect on blood lipids but you don’t need to worry about the minute amounts of trans fat naturally occurring in whole foods. The trans fat you need to shun is a byproduct of partially hydrogenated oils. This type of trans fat was once a common ingredient of processed foods, so common that trans fat consumption was linked to more than half a million coronary heart disease (CHD) deaths worldwide … just in 2010. All produces of transfats were meant to have been scaled out by 2018.

Myth: Egg yolks increase cholesterol levels
The truth is whole eggs are high in cholesterol. Two large eggs (100g) contain about 422mg of cholesterol. By contrast, 100g of ground beef contains about 88mg of cholesterol. However, just because there is an associated correlation, it does not mean cholesterol rich foods are the cause. Because cholesterol is a necessary nutrient for you cells, it is produced in large amounts in the liver. So whether you ingest cholesterol in your diet or not, your body regulates cholesterol accordingly and at healthy levels in most people. Cholesterol’s main functions are involved in the manufacturing of Vitamin-D, steroid hormones and bile acids. So do not be afraid to add an egg or two into your daily nutrition plan and reap the rewards of a multitude of super nutrients to boost your body’s health.

Myth: Salt is bad for you
Some myths contain a grain of truth. Studies have associated excess salt with hypertension (high blood pressure),kidney damage, and an increased risk of cognitive decline. But salt (sodium) is an essential mineral; its consumption is critical to your health. The problem is when you consume too much sodium and too little potassium.

Myth: Bread is bad for you
Bread has taken a beating over the years by health advocates. The bread detractors generally make two arguments against its consumption:

1.Bread will make you fat.
2.Bread contains lots of gluten. Gluten is bad for you.

Bread will not inherently make you fat, but it is generally dense in calories and is easy to overeat as it tastes delicious. Also, most people will eat bread with other high calorie foods, such as butter, peanut butter, jam, or honey. This can lead to a caloric surplus and thus to weight gain over time.

Also, some people choose to avoid bread entirely because of its gluten content. Gluten critics claim that any amount of gluten (a protein, ironically, not a carb) is a danger to all. While all is an exaggeration, it is indeed possible to suffer from non-celiac gluten sensitivity. However, it is also possible for your wheat sensitivity to be caused by other compounds, such as FODMAPS (short-chain carbohydrates known to promote intestinal distress by fermenting and producing gas), which are present in wheat, yes, but also in many other foods, such as legumes, apples, and milk (and other dairy products containing lactose).

Myth: Fresh foods are more nutritious
Fresh produce has a natural appeal to many people. Fresh just sounds better than “canned” or “frozen”, doesn’t it? But just because a food is fresh does not necessarily mean it’s more nutritious. The truth is there is little difference between fresh and frozen produce, nutrient-wise. Canned produce tends to undergo a lot more processing, but remember that cooking is a form of processing too. Overall, fresh and frozen produce might be more nutritious than canned produce, but eating enough whole-food fruits and vegetables is more important than how they were processed.